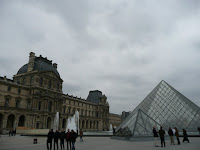 It's been a busy few days in a social sense. Last week found me enjoying the hospitality of the Travellers' Club once again, again through the kindness of a friend who has put me up for membership of that esteemed establishment. The occasion was the election committee reception. I was whizzed about, meeting as many members as possible, all of whom scribbled slightly unnervingly on pieces of paper - paper, I quickly discovered, that contained a list of all those present hoping to be added to the membership - once I had moved on, presumably making notes as to the cut of one's jib!

It was a very pleasant evening, the reception followed by dinner and a glass of marc de champagne in the library of the club. My bed at the Park Lane Hotel was especially comfortable that evening.

Friday I was again in London, this time for a charity function at the House of Commons. A quick martini in the Cinnamon Club bar and a short walk to the House found us strolling through vast, imposing and ill-lit halls to the members' dining room. Dinner was a lively affair, as was the auction thereafter. Bowes Wine had donated a mixed dinner party case of wine, which attracted good bids and I was the lucky winner of a day's fishing for three rods on the River Test at Broadlands, which is much anticipated.

I rose early the next morning and hopped into a cab bound for St Pancras. They've done an amazing job on this fabulous old edifice. For once, waiting for a train was an entirely pleasurable experience.

Nine of us boarded the Eurostar train to Paris to help a very old friend celebrate his forthcoming nuptuals with something of a stag day. The train was swift and confortable, particularly as the organiser had seen fit to book first class for our outbound journey. Breakfast was provided, along with a bottle of champagne to add to the three that were produced from one bag or other. A visit to Notre Dame, a walk, an inexcusably expensive beer in a café, another walk and then we settled into a well-known bistro called Bofinger for a long and very happy lunch. Good wine, good food, good company. Happy times.

"Cattle" class on the train back was at least as comfortable as first class on the way there, and the last four survivors, including the groom-in-waiting, travelled into Soho for a nightcap.

A fine day, a weary traveller. I am to sip mineral water for a few days.