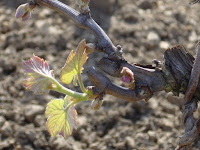 A cool and persistently wet Sunday early in a Wiltshire June seems as good a place as any to talk about Bordeaux. From the depths of an en primeur campaign one gets a particular view of the market and a campaign like the present one (I say "like" although I cannot recall any precedent to this curiously unbalanced, sustained period of Bordeaux selling) offers the opportunity for merchants to guess as to where the future lies for this market.

So what is clear? Well, it is certain that interest in the "cream" will continue to rise; interest in the First Growths and their equivalents, super-Seconds and the aspiring lower classes. Whether bought to drink or to speculate, demand is rising as the newly wealthy economies develop a taste for all things luxury.

The pricing of such wines in each new vintage appears to fill the owners of the estates that produce them with a certain consternation. And if they subsequently release their wines at a notably higher price than the previous vintage, that release is met by howls of dismay and downright anger from merchants. Yet the fact of the matter is that each new vintage creates, in effect, a totally new range of products, a new range that demands an exercise in market research, price setting and marketing. It is really no different from a new Louis Vitton handbag or the next bling champagne cuvée.

Yet away from these shiny trophies the picture is rather different. There appears to be a widening fracture in the Bordeaux market as the top wines pull away in price and those beneath remain remarkably stable. I know we all want to drink Châteaux Latour, Lynch-Bages and Cos d'Estournel on a regular basis as, perhaps, we once did. But if we forget the names and focus on the quality instead, we all have the opportunity to drink as well as we did 10 years ago and at the same price. Second wines of the major châteaux are now better than most vintages of the grand vin from the decades of the '60s, '70s and even perhaps '80s.

Robert Parker recently stated that he considered investment in wine to be a travesty, gave a plea that we all stop engaging in such activity. I suggest that Parker's scoring system is at least patrially responsible for investment activity in the wine sector. It is like a Moody's or S&P rating that sets a wine's price and, for the consumer, has entrenched the widespread danger of a very little knowledge.

Scoring wines is in itself a travesty. Wine professionals and not-so-professionals analise wines in a pseudo-scientific way with their senses and apply scores based on the application of as professional a series of evaluations as they can manage, none of which concentrates on the single most important aspect of that wine from a consumer's point of view i.e. how much they're going to enjoy it. This has little or nothing to do with correct or otherwise levels of fruit, acidity, tannin or alcohol (unless there is glaring imbalance).

And this is a shame. A wine's fruit concentration is currently deemed an essentially desirable part of a wine's make-up when scoring thus, naturally, wines are becoming increasingly concentrated. Current by-words for quality in wine include: power; density; concentration; size. Less and less often one is told about a wine's elegance, poise and (what it should really most often be about) beauty.

In scoring wines, wine professionals are, at best, misleading the consumer, at worst lying to them. I say it has to stop!

There we are: an unstructured rant that started in Bordeaux and was diverted to wine scoring. Now, the rain looks as though it's here for the rest of the day, so I think I'll dig out some bits of feather and fur and wrap them into something that a fish might find attractive during one of my upcoming salmon forays...