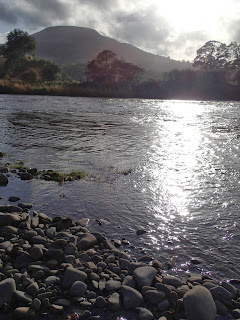 Last Wednesday hosted the annual migration of the UK's wine trade to the Royal Opera House for a tasting to which those merchants dealing with Bordeaux vintages on a yearly basis really look forward, for it offers the chance to taste the most recently-bottled vintage (at least of those wines belonging to the Union des Grands Crus).

And for many - myself included - it is the first chance to inspect the wines since the en primeur Bordeaux bun-fight eighteen-or-so months before.

This year was the turn of the '11s and one could have been forgiven for being a tad laissez-faire on the entire issue. After all, two thousand and eleven followed the extraordinary 2009/2010 pairing, the one having given rise to some of the ripest, lushest wines ever seen, the other a source of architectural - even Gothic - slabs of claretty tonnage. '11 was always going to struggle.

And remember that 2010 itself was undersold. Pennies had been thrown about with such vigour during the preceding year's campaign that loose change was hard to come by (or, perhaps more accurately, unwilling to be parted from its owners). Collectors' cellars were groaning with red Bordeaux wine; Bordeaux châteaux were the opposite, the proprietors having converted their stocks to hard currency. The stage was set for a campaign in which neither the producers of the wine nor their traditional (or, indeed, recently emerged) customers had a great deal of interest. Thus was 2011 destined to be left on the shelf.

But I was bitly champing last Wednesday. I wanted to see whether this wallflower had taken off her national health glasses, donned something couture-y and turned into a looker.

As an aside...I toyed with calling this piece something along the lines of "I don't want to drink the wines you want to buy", but was fearful that it may be misconstrued. I wanted to stress that when critics become excited about sunshine and ripeness, I end up sighing sorrowfully in the knowledge that I won't have to persuade anyone to buy such a vintage; that the wines will more-or-less sell themselves.

But talk of difficult conditions during the growing season, of wine growers having to graft hard to bring in worthwhile fruit, and I start to become interested. I'll say it again: ripeness occludes terroir, that complex intangible thing that is the very reason we're content to pay high prices for this stuff in the first place.

Yet these same vintages are those avoided by the collectors. Example: 2004 burgundy. The reds, we were told by the critics we read, were green, dirty, under-ripe, unsatisfactory. Stick to the whites, leave the reds, we were advised.

From experience, I knew that these were exactly the wines Burgundian vignerons themselves wanted to drink. And adding to that experience, a bottle of '04 Vosne Chaumes from Francois Lamarche, consumed during a recent fishing trip, was quite one of the finest red wines of the region that I have enjoyed all year. So the wine buying public have been denied the pleasures of a fabulous vintage by the wine critics and writers that they trust. What, I wonder, is going on??

To my mind, the problem is the exact thing that was suffered by the 2011 Bordeaux vintage (other than general claret fatigue, that is). The respected voices in wine - the published pundits we turn to to check that our wine merchants aren't trying to sell us duff stuff - are obsessed with the act of judging. Wine, for them, has to be good, average, or bad. This one has to be deemed better than that one, the more concentrated wine ranked higher than those less so. And, frankly, it's not only rubbish, but it is also damaging, both to those that trade wine and to those that buy it to drink.
Back to those '11s. I get the impression that I am really going to enjoy drinking these wines when they're ready to go. Personally speaking, I like wines with strong acidity and these '11s tick that box. I like fruit purity and we can check that, too. For my palate, I generally prefer to drink wines that are not massively concentrated, or super-sized. Style and elegance wins out every time over ripeness and concentration. And the wines I enjoyed tasting most at the Opera House had style and elegance in spades. Both reds and whites showed really true to type; the sweet wines were delicious, too.

The day after the tasting, I forgot all about 2011 Bordeaux and drove lengthily to the Scottish Borders. Someone in Asia, having booked a big expensive trip to the River Tweed, had had to cancel and rods were going quickly for one third the normal ticket. So after six-and-a-half hours in the car I arrived at the house of a friend, had a few glasses of wine with supper and hit the hay, determined to be fresh and ready for action on Friday morning.

And ready I was. Four hours hard fishing (in what turned out to be a very small window of opportunity in a river swollen by recent downpours) yielded a salmon of about seven pounds: a fish I released to complete its extraordinary circle of life.

The meal that evening had - for me at any rate - an air of celebration. I will mention one wine we poured that evening to accompany the delicious roast grouse: the 2009 Côte Rôtie Combard of Giles Barge. Already the nose is a riveting thing: a complex amalgam of beautiful fruit and mineral notes. Still taut, the palate, telling us that its life ahead will be a long one, yet vastly satisfying for all that. We still have a very little stock remaining, if anyone would like the experience.

I will end with a plea to those who might read this. Judgement is for those things that can be judged. I do not believe wine to be such a thing. Describe, people, please. Leave judgement to gods and the courts.