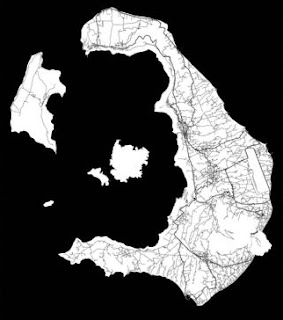 There are a number of surprising things about this wine aside from the extraordinary value it represents.

For a start, it is made from vines that are grown on their own rootstocks and for one, I feel that this is a special thing. Following the depredations of phylloxera in the early 20th century - an outbreak that came close to wiping out the entire European vineyard - grape vines (Vitis vinifera) were grafted onto the roots of Phylloxera-resistant American vines, such as Vitis labrusca. Only vineyards planted in certain soils - sand and, as here, ash - duck that requirement.

Vines here are planted in ash soils left behind by one of the largest volcanic detonations in history, which occurred around 1,500BC. This lends the wines their intense mineral expression.

The plants themselves are untrained or, rather, unsupported, since as they grow they are woven into large "baskets" that sit directly on the soil.

Lastly, this is a wine that has been fermented using wild yeast, which means that it is wholly a product of Santorini and expresses nothing but that extraordinary island's terroir. 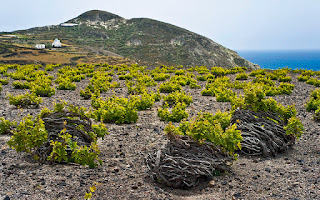 N.B. This wine is part-aged in oak barrels, some French oak, some American oak and some made from acacia wood.

Hypothetically, if one could realise an offspring of Grand Cru Chablis and a wine from one of the more senior vineyards of Chassagne-Montrachet, perhaps adding a dash of DNA from a stony Riesling vineyard, one might end up with a glass of wine like that described below.

(And, indeed, in my video tasting note, which can be viewed here.)

2017 Wild Ferment Assyrtiko, Gaia, Santorini
£105 in bond per 6  Drink 2018-2025
This looks electric in the glass: a super-vibrant and clear greenish lemon in colour. There is a note of wood that hovers over the nose, but beneath one can perceive brilliantly-defined scents of citrus fruit - especially lemon - and green apple. The palate is, like the colour in the glass, an electric thing, full of vim and energy. Lemon freshness hums through the middle of the dense, lively lemon and apple fruit, beneath all of which lurks a dense and highly mineral structure. One almost feels one can taste the Minoan eruption in its mineral complexity. Utterly, utterly fascinating wine.


email Caspar to order at caspar[at]boweswine.co.uk