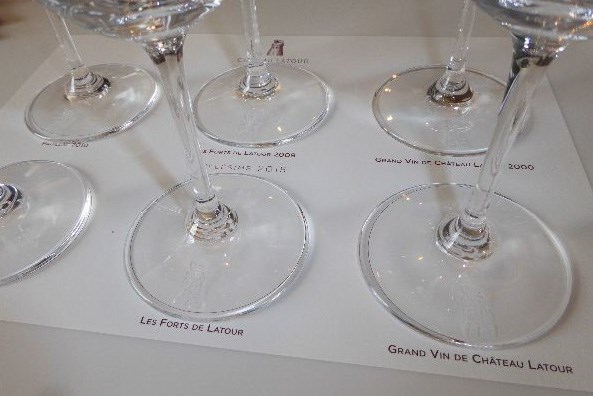 The month of May comes around and a proportion of the world’s wine trade start to focus on the latest harvest in Bordeaux as chateaux pick prices for their latest vintage and anticipate a stampede to their doors as merchants involve themselves in a bun-fight to secure the stocks they want.

The UK’s big wine merchants (and, presumably, those elsewhere) are keen to tell you that you really should be buying these newly-released wines; that however much claret you already have in your cellar, your portfolio will not truly be complete without a slab of the stuff currently sitting in barrel in the cellars of Bordeaux, barely out of its fermentation nappies and with a significant period of growing up to do before it is allowed out into the world.

They do this for a couple of reasons. First, they really, really want to maintain their allocations of the best wines. If they pass up their offers of certain chateaux this vintage, they will be offered elsewhere, perhaps even to merchants in other countries. And those merchants will have priority next vintage.

So…they’ve secured their annual allocations, but they sure don’t want to sit on them for any period of time, ergo they have to sell them. Thus, the message to their customers is “worthy vintage, please have your expiry date and card verification number ready”. And they tell themselves that they are doing this in their customers’ best interest.

Trouble is, margin on Bordeaux primeurs these days is virtually sub-economic: so small, indeed, that the wines are not really worth selling. Not worth selling… unless, that is, your customers all have far too much Bordeaux in their cellars and, at some stage, will ask you to sell a proportion for them, with associated commission being due. Eye-ee, they get two bites at the cherry (along with storage income in the interim).

I visited Bordeaux to taste wines during primeurs week every vintage from 1998 to 2016 (with the exception of 2000, alas). It’s hard work (really) and great fun and, in some ways, I miss it. But I no longer believe primeurs business is good business. It’s a racket.

There are now so many fabulous, fine and interesting wines in the world, I fail to see why paying over-inflated prices for yet another best-claret-vintage-of-all-time makes sense.

The tragedy lies on the shoulders of those Bordeaux properties that lie under the top tier and are privately owned. So many big-name chateaux are now owned by large corporations. Bought as investments, they are held for capital growth, rather than income. They care not if their wines are sold, so long as the market becomes increasingly inflated (I was seriously tempted to use the word “bloated”). Those chateaux that are still run as private businesses are slowly having the life squeezed out of them by an unsupportable financial choke-hold.

Maybe I am wrong, but I get the impression that interest in new Bordeaux vintages is waning, at least in mature marketplaces. There is fresh focus on Italian and Spanish wines and those from further afield. Variety (in wine, as in other things) is the spice of life. Too much claret makes Jack a dull boy.

Having said all this, I would quite understand should you be claret-light and want a small foray into the wines of 2020. They are purported to be really rather good (although not uniformly so).

I do intend to secure a number of wines, as I do every vintage. Should you have any interest/requirement, please do let me know soonest.