The Wines of François Mitjavile 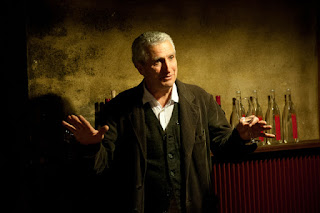 There are rather more wine makers that could be described as iconoclasts on the Right Bank of the Gironde than the Left. Whether it is the call of the limestone/clay soils or the Merlot and Cabernet Franc vines that grow in them, the Libourne seems to have more than its fair share of headlining wine producers.
Yet none command the level of respect afforded to François Mitjavile. I do sometimes wonder whether the reason his extraordinary efforts are not better known is down to nothing more than the rather complicated names of the properties over which he presides: Châteaux Tertre Rôteboeuf in St Emilion and Roc de Cambes in the Côte de Bourg. (Mystery surrounds the skill of any top-flight wine maker, but in in this case, also the name of his property, Tertre Rôteboeuf loosely translating as "hill of burping bulls.)
François took over his father-in-law's property - Château Tertre Rôteboeuf in St Emilion - in the 1960s at a time when he was working for the family haulage firm and had no interest in wine making whatsoever. Fortunately for us, an interest did subsequently germinate - a seedling thoroughly watered and tended by the supremely talented hand of Thierry Manoncourt, erstwhile owner of Château Figeac - and the fruits of that tree are being obsessed over by the cognoscenti today.
The most burgundian of clarets, critics have commented variously of Tertre Rôteboeuf: "could pass for...top-notch Musigny"; "reminds me of a Grand Cru Burgundy!"; "exhibits a Le Pin-like exotic richness and opulence". Tertre Rôteboeuf is clearly among the very top wines in all of Bordeaux and, as with many of the other "greats", is definitive of itself, rather than its greater commune.
In 1987, François purchased Château Roc de Cambes in the distinctly unfashionable Côte de Bourg, quickly turning it into not only the best wine of its appellation, but a value-added icon of the Right Bank in its own right.
In the most in-demand vintages, François's wines sell out lickety-split and rapidly rise in price, yet it is well possible to find Mitjavile wines from forgotten - often undeservedly forgotten - vintages without breaking a financial sweat. Here are just such wines...and how exciting...undervalued fine wines from Bordeaux! Who'd'a thunk it! 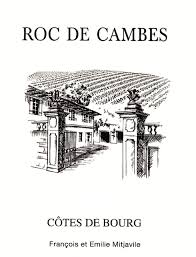 2014 Château Roc de Cambes, Côte de Bourg
£198 per 6; £210 per 3 magnums; £177 per double magnum. (All prices in bond)
Drink 2018-30 (for 75cl)
"The Château Roc de Cambes 2014, François Mitjavile's consistently over-performing Côte de Blaye (sic), is blessed with a fragrant, perfumed nose, the fruit a little darker than his Tertre-Rôteboeuf: mulberry and blackberry, crushed petals and incense. The palate is medium-bodied with fine tannin, very pure and harmonious with a long sensual finish. You know, this might be the first time that I feel that the Roc de Cambes has the élan of the Tertre-Rôteboeuf and as such, it represents one of the best values you will find in 2014." Neal Martin
"Very voluptuous and sweet and not so dissimilar from Tertre except that there is more obvious structure and it's a little lighter. Really rather gorgeous but at the limit before it becomes syrupy." Jancis Robinson 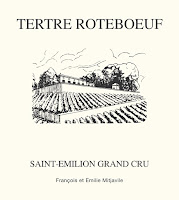 2014 Château Tertre Rôteboeuf, St Emilion
£576 per 6; £585 per 3 magnums; £405 per double magnum. (All prices in bond)
Drink 2019-33 (for 75cl)
"The Château Tertre-Rôteboeuf 2014 already has an extremely pure bouquet that almost whisks you away to the Côte d'Or: vivacious raspberry coulis and fresh strawberry scents suffused with fine mineralité. It's unmistakable "Mitjavile", a bouquet you want to hug as much as inhale. The palate is medium-bodied with dusky dark berries, black plum and a dab of dried fig on the entry, which dovetails into a precise and linear middle. There is a satisfying grainy texture with a gourmand-like, savory-tinged salted licorice finish that completes this what might prosaically be described as a "delicious" Saint Emilion." Neal Martin
"Deep crimson. Amazingly rich on the nose with some hints of confit cherries. Very exotic and quite different from any other 2014 I have tasted. Very sweet and ripe but the structure is absolutely not drying on the end. So luscious and seductive. Like cherry jam but not sickly or heavy. Exceptional!" Jancis Robinson
Email Caspar Bowes to order these wines.
Copyright © 2022 Bowes Wine Ltd  |  All Rights Reserved