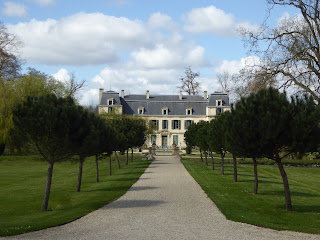 I was in London yesterday for an annual Bordeaux tasting. An inexplicably conjoined, loose affiliation of diverse châteaux come together each year to show three or four vintages of their wines, to include the new primeurs harvest.
On offer were the 2015, 2014, 2013 and 2012 vintages of Châteaux Canon and Rauzan Ségla, Branaire Ducru, Léoville Poyferré, Gazin, Smith Haut Lafitte, Pontet Canet, Aiguilhe, Clos de l'Oratoire, Canon La Gaffelière, La Mondotte and the Sauternes property Guiraud. And I have to say that it was rather fascinating.
What is clear is that 2012 produced very lovely wines on the Left Bank, whist on the Right Bank I found the wines of that harvest just lacking a bit of energy and dimension (at least for the time being). 2014 has thrown up stunning wines on both sides of the estuary: wines that I will happily drink for many a year. And the '15s? Well, they simply have more of everything and delightfully pure and transparent fruit to boot
Copyright © 2022 Bowes Wine Ltd  |  All Rights Reserved