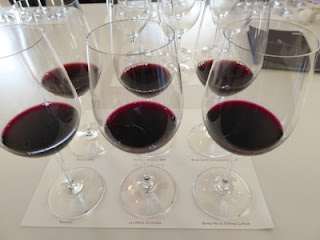 Tuesday of this week was B Day in Capital City: the annual presentation of the newly-bottled Bordeaux vintage. This was the turn of the 2015 vintage and I cannot say that I wasn't just a little bit intrigued to revisit these wines.
Primeurs week in Bordeaux in early '16 had revealed a vintage that seemed almost a throwback to days before the high alcohol, super-concentrated, uber-tannic liquids that appear to have become the modern norm. I wondered whether élévage in the casks of the region would have blunted the harvest's inherent elegance.
This is a mighty tasting. Moved - at least temporarily - into the Lindley Hall in Victoria (a venue that offers a good deal more space than the The Paul Hamlyn Hall at the Royal Opera House (the tasting's "traditional" home)) one is nevertheless allocated a rather measly four hours in which to taste a vast spread of wines red, white and sweet.
Tasters come in varying degrees of selective. I was intent on tasting as many wines as I possibly could in the allotted time whilst ignoring those (rare) bottles that I could not ever imagine me selling. The Sweet wines were beyond my attempts at time management. I sampled the Lafaurie Peyraguey right at the end and found it to be superb, coating my mouth with the sort of ambrosial flavours that no doubt entertain Zeus on Mount Olympus at the end of a long week of doing god-stuff. 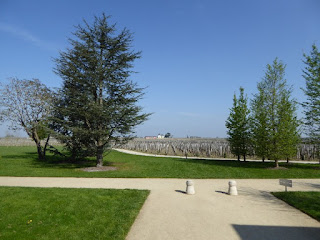 Ostensibly, the weakness in 2015 was seen as the northern Médoc, which experienced some ill-timed rain and diluted the wines somewhat. Elsewhere, a great deal of quality, with hotspots in Margaux, the Right Bank and the Graves.

I tasted St Emilion first for no good reason other than it being a tad less crowded than some other sectors. The wines are a delight (and I will probably use that word again before the close of this piece). Starting with Balestard La Tonnelle I was enchanted by the wine's elegance. Where there is sometimes a touch of inkiness, all I found was delicious and very classy fruit. And so it went on. Even Troplong Mondot - a wine usually quite heavily extracted and "in yer face" at this stage was a rather beautiful concoction of extremely toothsome berry fruit.

I then turned to the lesser communes of Listrac and Moulis and the Médocs and Haut Médocs and wine-after-wine offered harmonious loveliness. Chasse Spleen and Poujeaux, tasted side-by-side, were strikingly lovely, the former being slightly more muscular than the latter, both pretty as pictures.

Margaux. Well, these are wines to delight. As with the rest of the Left Bank, these are not wines of power and not hugely assertive liquids, yet they have fine precision, a wondrous beauty of fruit, a ripeness of structure, a dawn-derived freshness. If I were the swooning type I could well have fallen into a spittoon right there and then. 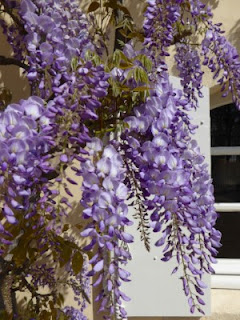 The supposedly trickier Médoc was also a very pleasurable taste. Grand Puy Lacoste was, for me, a stand-out, but there is a great deal here to like. I seem to become increasingly underwhelmed by power in wines as I age and find these elegant, pretty, fresh wines much more to my liking.

A quick word about the dry white wines of the vintage. I tasted them and thought pretty much all of them are extremely good to taste and, indeed, drink. They perhaps lack a little in the zip and energy dept, but I wouldn't let that stop me consuming them with great pleasure. I just won't be keeping mine for terribly long.

So, these are drinking wines of enormous charm, by-and-large. If you asked me my favourite wine in the room at close of play I would scratch my head for some time before responding Carmes Haut Brion, which seemed to have more in the way of complexity and an extra dollop of that 2015 deliciousness. But it would be a hard call. There's a great deal to like in the Bordeaux 2015 vintage.

N.B. Those wanting specific tasting notes, please do get in touch and I would be happy to supply.
Copyright © 2022 Bowes Wine Ltd  |  All Rights Reserved