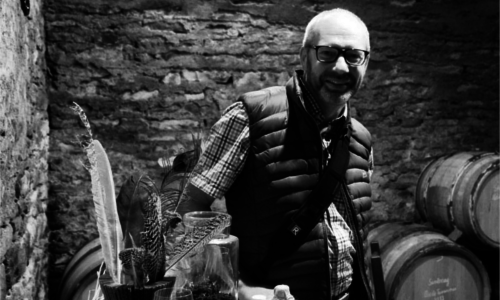 Bill Nanson's Burgundy Report is an increasingly respected source of opinion on the wines of the region. I had lunch in Burgundy with Bill a couple of years ago at that most amenable of eateries: the sports centre in Gevrey. For some reason I was expecting Bill to speak with something of a New World brogue, whereas the reality is that he talks with a broad Yorkshire accent. He has become one of the major commentators on Burgundy wine, red and white.

Bill has been gradually publishing his reviews of 2017 burgundies. I thought I would share with you his opinions on some of the wines we offered and which are still available (albeit, some, in very small quantities):

2017 St.Romain Blanc, Mark Haisma
"Hmm, there’s depth to this very pretty yellow citrus fruit. A hit of freshness, then melting acidulated fruit, spreading out over the palate. A rush – a super wine – bravo!"

2017 Chambolle Musigny 1er Cru Les Feusselottes, Mark Haisma
"Again a very slight touch more of colour. A big punch of aroma – some whole cluster here – a great complexity of aroma. Penetrating volume, yet a round wine, complexity in all directions – aromatic on the palate too. Just a tiny touch of finishing tannin – what a great wine!"

And a few notes from other observers:

[Mr Kelley has, I think, transposed his notes, since it is the Boutière that comes from the more clay-rich soils, whilst the Fussière soils are more limestone...]