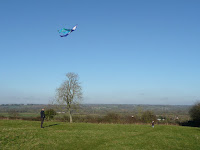 
We enjoyed several bottles of excellent white burgundy around Christmas time, including bottles that Bowes Wine has offered in the past. Here are my tasting notes on a couple of 2004s:

2004 Chassagne-Montrachet 1er Cru Les Champgains, Guy Amiot
A lovely, nutty, maturing nose. Lifted yellow fruits, plus mineral and lemon aromas. Star fruit, perhaps. There a sprinkling of spice and a little smokiness from the wood.
A nice, complete palate. This wine is ready to go. A fine uncdercurrent of medium acidity, well covered. There's excellent equilibrium to be found here, although no massive weight of fruit. Instead this is mineral and grippy and there's a lovely crystalline quality to the fruit. A touch creamy at the back. Long and zippy at the end. Hints of nut and pineapple. This is very juicy, with very fine, dusty minerals remaining on the tongue. Lemony, crunchy aftertaste.

2004 Chassagne-Montrachet 1er Cru Les Vergers, Guy Amiot
A creamy nose, smoky/toasty, with melon and peach fruit, plus dried fruits: those wrinkled apricots that do such strange thigns to one's insides. Nut.
Plush, cool and concentrated fruit on entry: apricot again. Then it pickis up structure and grip. There's a wealth of smoky minerals through to a bristling finish. Very long wine, with excellent intent. The minerals on the finish are almost like ground glass. Another year required, perhaps. Medium acidity and a lovely weight of fruit. Touch of lime juice to the finish.
This wine's richness was commented on by a guest, who said that he probably couldn't drink a great deal of it. Excellent. More for me!

On the subject of white burgundy, I have just been nosing through Robert Parker's website on which David Schildknecht recently published a report about the 2006 vintage. Several wines that we offered appear thereon, of which more in a sec. Firstly, a quote from Schildknecht about the Domaine Buisson-Charles, wines from which we are offering this vintage (2007):

"The estate of Michel Buisson - whose son-in-law Patrick Essa now takes the lead - crafts white Burgundies for the Riesling or Chenin-lover, offering clarity, refreshment, and minerality yet not stinting on richness or structure, and wines whose track record in the cellar is among the best of any Chardonnay-based wines in the world." I thought so too!

Here are the Bowes Wine burgundies that Schildknecht reviewed. There are tiny quantities of these wines remaining:

2006 Meursault, Domaine Boyer-Martenot £168 in bond *
"The Boyer 2006 Meursault (from the high altitude Chaumes de Perrieres, although that site is not identified on the label) combines the lime, coconut, marzipan, and generally confectionary and exotic aspects of other Boyer 2006s with a firm underlying sense of stoniness no doubt borne of the site. The finish here nicely balances ripe fruit and stone. I would enjoy this during its first 3 years in bottle. 89/100."

2006 Meursault 1er Cru Les Perrières, Domaine Boyer-Martenot £360 in bond *
"The 2006 Meursault Perrieres is (along with his Puligny Caillerets) the ripest of Boyer's 2006s, and while it only just reaches 14% alcohol, a bit of heat is generated. Despite that, and despite some superficial toast and vanilla from the barrel, this expresses the personality of its site to a significantly more impressive degree that any of its stable mates. A vibrant citrus character and multi-layered suggestion of minerality (chalk dust, stone, and salt) inform rich apricot fruit, marzipan, and butter cream, and the finish displays formidable clarity, interplay of flavors, and refreshment. This should age nicely for at least 6-8 years. 91/100."

2006 Pernand-Vergelesses 1er Cru Les Combottes Vieilles Vignes, Château de Chorey £135 in bond * (one case remaining)
"German segregated one barrique and one double-barrique (for a total of 75 cases) of his old Chardonnay vines in Pernand. The resulting 2006 Pernand-Vergelesses Vieilles Vignes displays a distinctively pungent, spicy-mineral nose suggesting white pepper, cardamom, orange zest, musk, and chalk dust. Firm and bright on the palate, with citrus and alkaline mineral character, it finishes with striking grip and an impressive austerity. This will be fascinating to follow for at least 5-7 years and prove highly versatile on the dinner table. Some of these vines are of what Germain (and other growers) refer to as "Chardonnay-Musque". 90-91/100."

And how do the '06s compare to the newly released 2007s? Well, the 2006 whites are super-ripe and rich, in some cases excessively so. The '07s are a much more classical bunch; crisp, pure and focussed. I like them both and which I would prefer to drink would depend on my mood.
Copyright © 2022 Bowes Wine Ltd  |  All Rights Reserved