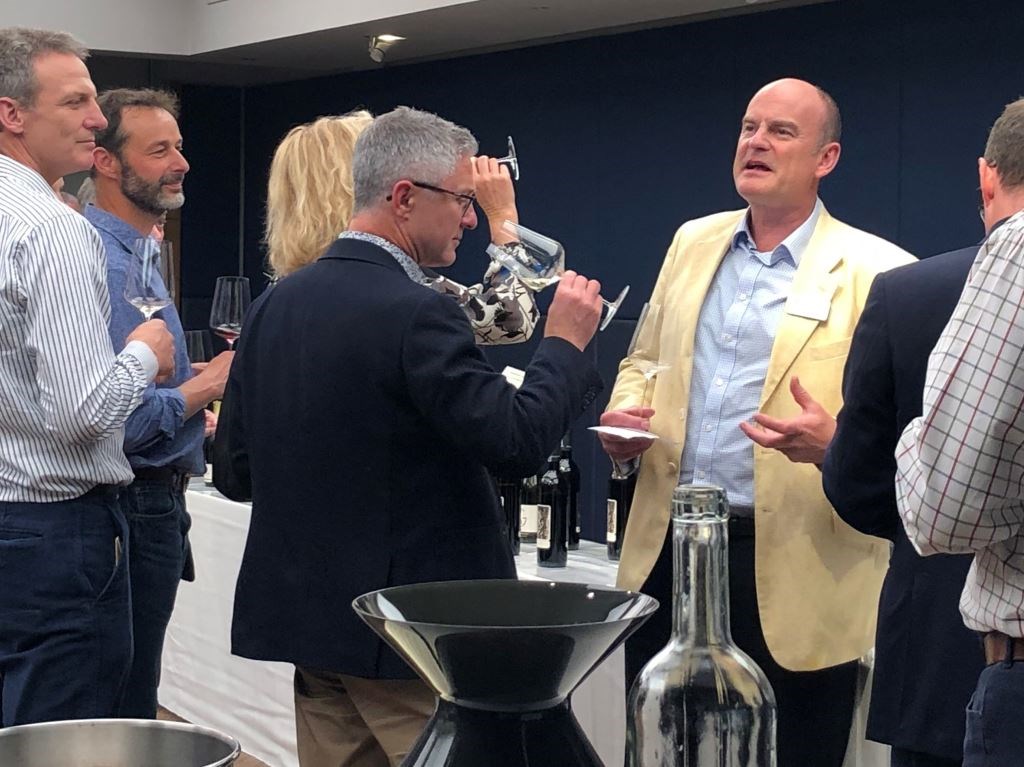 When hosting a wine tasting the run-up to the event can be a fractious time. One is never 100% sure that a) wines will all have arrived, b) the wines will be in a happy place and showing at their best and c) whether the assembled throng will be receptive to said wines and, indeed, one another.

In the case of our Summer Party, held last evening in the St James’s Room at 67 Pall Mall, all concerns were rapidly alleviated. I tasted through all the wines in the 45 minutes or so before opening time and was thrilled that all bottles were wearing their hearts on their sleeves, bright and bountiful.

Highlights of the evening

There were so many standouts that it is hard to list them all but here are a few.

Assyrtiko asserted itself and reminded us why everyone is currently singing its praises with no little vigour.

Two Burgundy estates from the lesser-known end of the spectrum – Jean Pascal in Puligny-Montrachet and Odoul-Coquard in Morey St Denis – reminded us why we are extremely glad to be supporting them and offering their wines to our clients.

Wines from our recent "Not Burgundy" offer were cause for real excitement, not least the Etna pair of the 2015 harvest from the Santa Maria La Nave estate: the white Millesulmare from the Grecanica Dorato grape and the Calmarossa from Nerello Mascalese. The 2016 Corinto from the Sicilian Aeolian Islands also won a great many friends…once we’d succeeded in persuading tasters to overlook the frankly dreadful packaging. The white Le Soula was as brilliant as ever.

We’d decided to show the full range of our house champagne, Larnaudie-Hirault: Brut, Blanc de Noirs and Rosé. These are stunning champagnes offering superb value (and the Brut is now available in cases of half bottles and magnums). They were well taken up!

And there were fine showings from our Daily Drinker selections of more everyday wines, with unusual - even rare - varieties from Romania and Italy.

With lots more besides, variety was the order of the evening. I suspect there were some rather tender crania this morning!

Wishing everyone a restful and recuperative weekend... Caspar

If you came last night and want a reminder of what you tasted, or if you were unable to make it and want to know what you missed, below is the full list of wines.

All are available to buy from The Daily Drinker website or from the Bowes Wine website, respectively. Alternatively, please feel free to email Caspar.

2015 Millesulmare, Santa Maria La Nave, Italy – £201/6 ib
This is made from a clone of the Garganega grape of Soave. Amazing.

2015 Bourgogne Passetoutgrains L'Exception, Michel Lafarge – £90/6 ib
Perhaps as good a Gamay/Pinot blend as one can find.